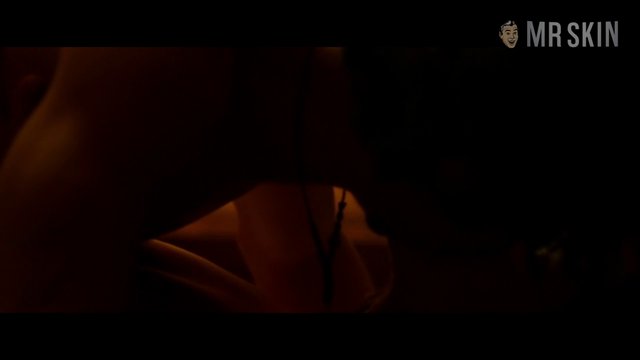 After Words (2015)
Nude, breasts 01:20:00 Fantastic jiggle action as a bare breasted Marcia Gay Harden falls back onto the bed in slow motion to make love with a guy. 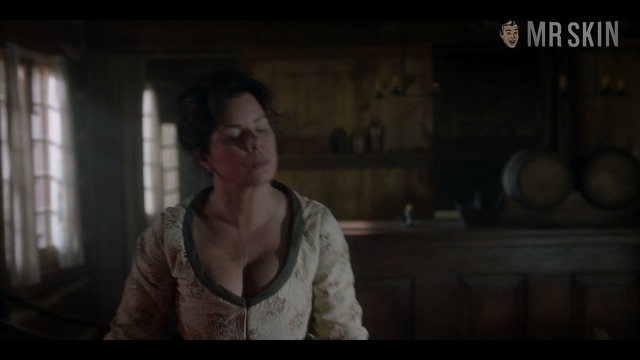 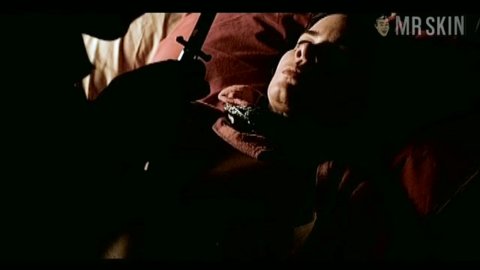 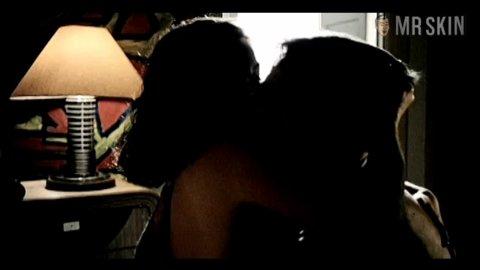 Nobody was more surprised than Marcia Gay Harden when she won the Academy Award for Best Supporting Actress for Pollock (2000). Mr. Skin applauded Marcia's much-deserved recognition, but we at Skin Central have long been absolutely Gay for this unique beauty's skinematic achievements. To get a solid Harden in your pants, catch the cable flick Fever (1991), in which a jilted lover slices off Marcia's pesky bra and her milky mamacitas bounce bewitchingly into view. Also dig this dark-haired delicacy's bare miles of flawlessly pale flesh in Crush (1992), as well as her aforementioned sexy turn as the wife of "splatter" painter Jackson Pollock in the acclaimed film that bears his name. Mr. Skin may not know art, but he knows what makes him go splatter. And, on that front, Marcia is a total masterpiece. Marcia Gay Harden took a big role in the hospital drama Code Black, and we can only hope this is one that'll turn your palm red.

5 Pics & 2 Clips
Nude, breasts 01:20:00 Fantastic jiggle action as a bare breasted Marcia Gay Harden falls back onto the bed in slow motion to make love with a guy.

5 Pics & 1 Clip
Nude, breasts 00:20:00 Get a Harden for Marcia when she removes her bra to reveal right hand racklet. The left is made up to look surgically removed.

8 Pics & 3 Clips
Nude, breasts 00:30:00 Marcia's right jug is spilling out of her sexy bra as she and her guy cavort in a bed.
Nude, breasts 00:22:00 Glimpse some lefty and a brief bobble of right boober when she turns over in bed. Ain't nothin' Gay about the Harden she gives me!

12 Pics & 4 Clips
Nude, breasts 00:18:00 You'll get a Marcia Hard-on when you see her silhouetted snockers gyrate as she rides Sam Neill.
Nude, breasts 01:31:00 One of Marcia's captors un-hooks her bra, revealing her right nip. Kinda dark, but still, a decent peek!

The Education of Max Bickford - as Andrea Haskell