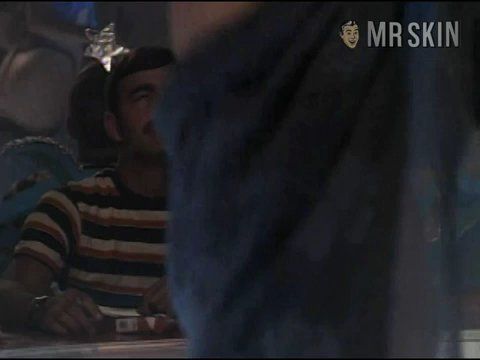 Based on a best-selling page turner from novelist Scott Sommer, the scrappy family drama CrissCross (1992) chronicles the bumpy ride that a mother and son face on the road to happiness. Set in the tumultuous late-1960s, Chris Menges’s film stars Goldie Hawn as a struggling single mom trying to rear her wayward son (David Arnott) in a dilapidated Key West hotel. Upset that his mother must strip at a local club, twelve-year-old Chris (Arnott) accepts a job smuggling cocaine from fishing points moored at the local docks. The gig promises fast cash, but before long Chris is way in over his head with drug pushers and the local fuzz. Hawn tragically never reveals her Goldies, but she does navigate her strip-club scenes with convincing verve. Don’t miss the Bird on a Wire (1990) era blonde as she puts everything she’s got into her stage show.