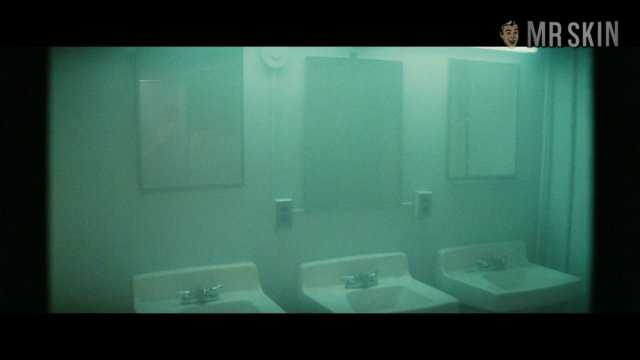 Blow Out (1981)
Nude, breasts, bush 00:03:16 Travolta lights up a smoke in the theater! (Oh, those innocent days of yore!) and enjoys watching a horror flick involving Amanda hosing down her frontal flesh in a steamy shower scene.

Brian De Palma’s thriller Blow Out (1981) does not blow. It’s a modern-day noir with enough skinful moments to keep the crotch riveted too. The story of John Travolta accidentally recording the possible assassination of a presidential candidate is a paranoid ride that opens with a more prurient trip in Amanda Cleveland’s ample T&A. Co-star Nancy Allen has been more skinful elsewhere--moist pleasingly in her nude debut, Carrie (1976)--but does slip a black-and-white nip in a photograph that Travolta holds in his sweaty hands. The only thing that could improve De Palma’s masterful take on the genre would be if he followed it up with a sexploitation thriller called Blow Job.