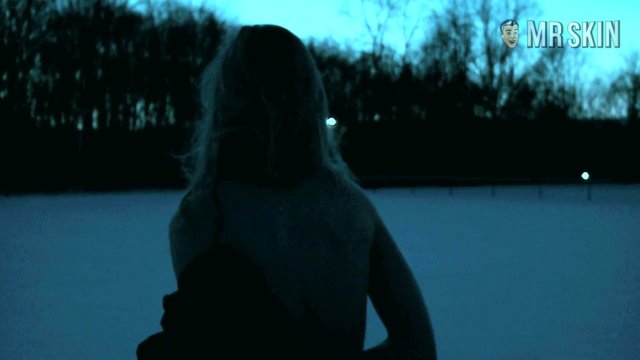 Another Earth (2011)
Nude, butt No tit from Brit, but nice tush when she stands nude outdoors.

The discovery of a new planet leads to a cosmic connection in the sci-fi romance Another Earth (2011). As the film begins, the world has just found out that there is another planet on the far side of the sun that is exactly the same as our Earth. On the same day as the discovery, ambitious young astronomy student Rhoda Williams (Brit Marling) kills composer John Burroughs’ (William Mapother) wife and daughter in a car accident. After serving a year in prison, with her scholarship revoked and her future ruined, Rhoda goes to John’s house to apologize. But when he answers the door, Rhoda lies and says she’s his new cleaning lady, thus setting off another celestial chain of events. You’ll be launched into orbit when Brit moons the camera 58 minutes in, and again when she admires her lingerie-clad figure in the mirror 1 hour, 24 minutes in. Talk about hard science!