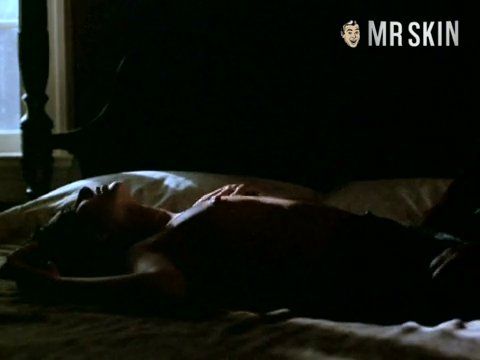 The detective story will never die. It may seem that the genre has been milked dry, but along comes a slight skew that squeezes another squirt of interest out of the old cow. The compelling quirk of An Occasional Hell (1996) is that Tom Berenger plays a private detective who is on ambulatory dialysis. That means that the patient is permitted to walk around as required, but he would be better off hooked up to a machine. Sam Spade might have called it quits in such a situation, but Berenger is haunted by visions of a murdered girl. She calls to him from beyond the grave, and he speaks to her as if her head rests on the pillow beside him. He cannot abandon the search for her killer just because his kidneys have failed him. Plus, there are still hot women in the world who need to be bedded.