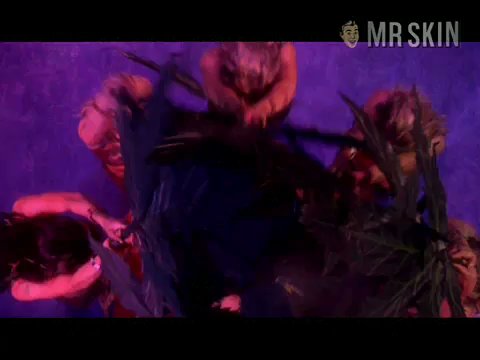 Coming from Newbury, Massachusetts, Amy Spanger is a very accomplished actress both on the screen and in theatre. She debuted on Broadway in 1995 with a role in the musical Sunset Boulevard. Most of her work for the screen has been for TV shows, doing network, cable, and premium alike throughout her career. She’s appeared on Becker, Six Feet Under, and Law & Order: Special Victims Unit. At one point she was married to Six Feet Under and Dexter star Michael C. Hall. In the film Reefer Madness: The Movie Musical (2005) Amy plays Sally DeBains/Statue of Liberty and has some sexy dance scenes in a scantily clad gold bikini. Most recently she’s appeared on a couple episodes of the unfortunately short lived brainy and literary HBO comedy Bored to Death as well as Charlie Kaufman’s creative avant-garde explosion of a movie, Synechdoche, NY (2009).

Reefer Madness: The Movie Musical (2005) - as Sally DeBains/Statue of Liberty