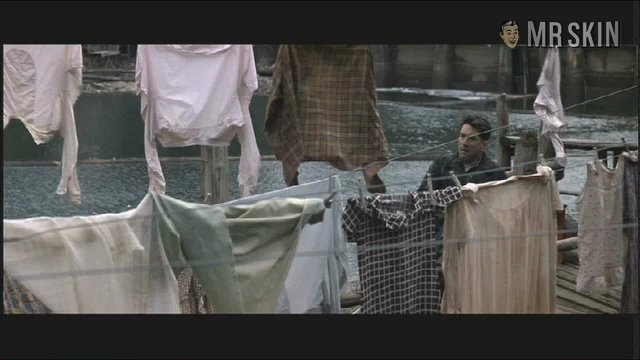 We're No Angels (1989)
Nude, breasts 00:18:00 Bob DeNiro peeps in as Demi dishes her dairy delights while drying off in the house.

Loosely based on the 1955 gangster movie of the same name, We’re No Angles (1989) stars Robert De Niro and Sean Penn as Ned and Jim, two escaped convicts trying to cross the Canadian-American border who are mistaken for visiting priests at a monastery in a border town in British Columbia. With nothing better to do and the law on their trail, Ned and Jim decide to play along and do their best to impersonate clergy. Demi Moore appears as a local single mother who develops an attraction to Ned. Thankfully she also develops a need to show off her pointy-tipped pontoons as she washes up in the bathroom, and that will have you pondering the age-old question, “How many angels can dance on the tip of Demi Moore’s nipple and where do I sign up to be one?”