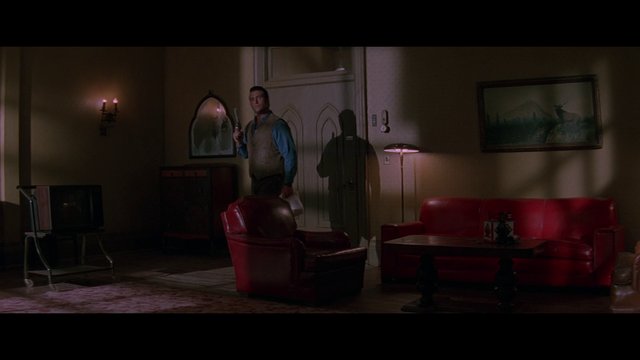 Vampires (1998)
Nude, butt 00:39:45 Bewitching bloodsucker Sheryl shows off her beauteous gluteus as she lays bound and gagged, face-down, in bed. Out-of-focus at first, but it gets much better.

Melding western and vampire themes, veteran schlock (in the most positive sense of the word) director John Carpenter creates an action-adventure drama that is both familiar and fresh in Vampires (1998). The modern American west has been overrun by bloodsucking ghouls, and the Catholic Church hires a crew of fearless exterminators to hunt down the undead and drag them into the sun. James Woods is fittingly sanguine and sardonic as the old guy leader of the ghoul-killing crew; Daniel Baldwin is aptly hulking as the young gun ready to pick up Woods’s mantle should the master let it drop. Fast-paced explosive action, flying body parts and a present-day setting all add to the accessible thrills of John Carpenter’s Vampires.