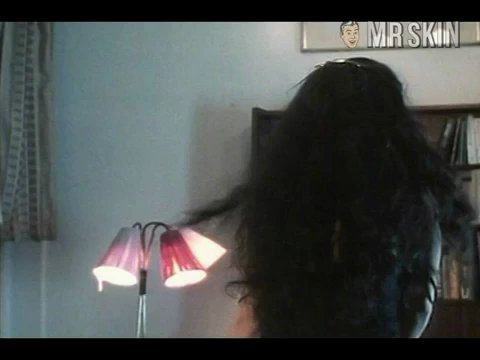 Two Deaths (1995) is directed by Nicolas Roeg, no stranger to nudity, and takes place in Bucharest in 1989, a good place and year for skin. While the country is in revolt, a doctor hosts a dinner party for his old school friends. They ask about an attractive girl, played by Sonia Braga in present time and Lisa Orgalini in flashbacks, in some picture the doctor has, and he explains it’s his housekeeper, whom he vowed to destroy. Why he’d want to do that to such a hot piece of ass we’ll never know. We learn that the doctor loved her, but she turned him down, which of course justifies all the evil things he did and does. Of course there are complexities to this, but you’ll have to watch the movie to unravel all that drama. But we will say this film, adapted from a play, is very talky. Is it nudie? Well, Sonia shows her bosom, which still holds up after all these years. Lisa sees Sonia’s breasts and raises her (and us) some fur. While Amanda Royle also is booby and bushy.