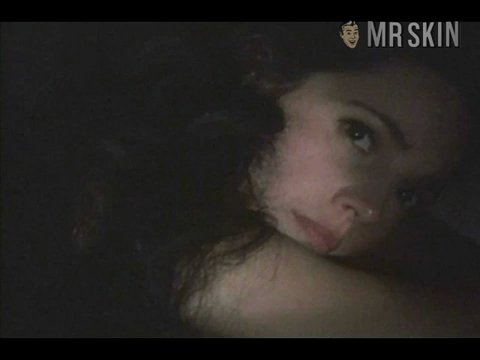 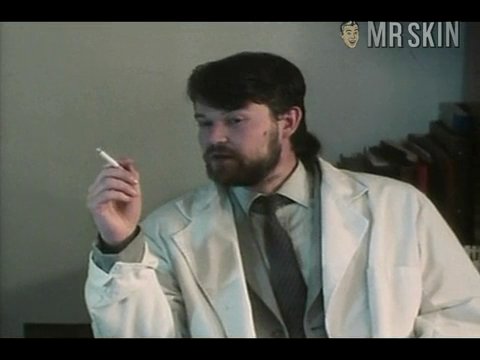 Any acting career that begins with Gene Simmons as a sinister DJ and ends with Kate Winslet peeing on the ground is one to be celebrated. Such is the case with brunette superbabe Lisa Orgolini, whose first major role was in the heavy metal horror classic Trick or Treat (1986) and last Hollywood hurrah was in Hideous Kinky (1998). In between Lisa co-starred in biker flicks (Born to Ride, 1991), historical dramas (Stalin, 1992) and everything in between. But the best place to ogle Lisa's naked talent is in the Nicholas Roeg drama Two Deaths (1995), where she presents her full-frontal finery (plus a bonus butt shot) to a doctor as he sits at his desk. Ms. Orgolini will make your organ creamy.