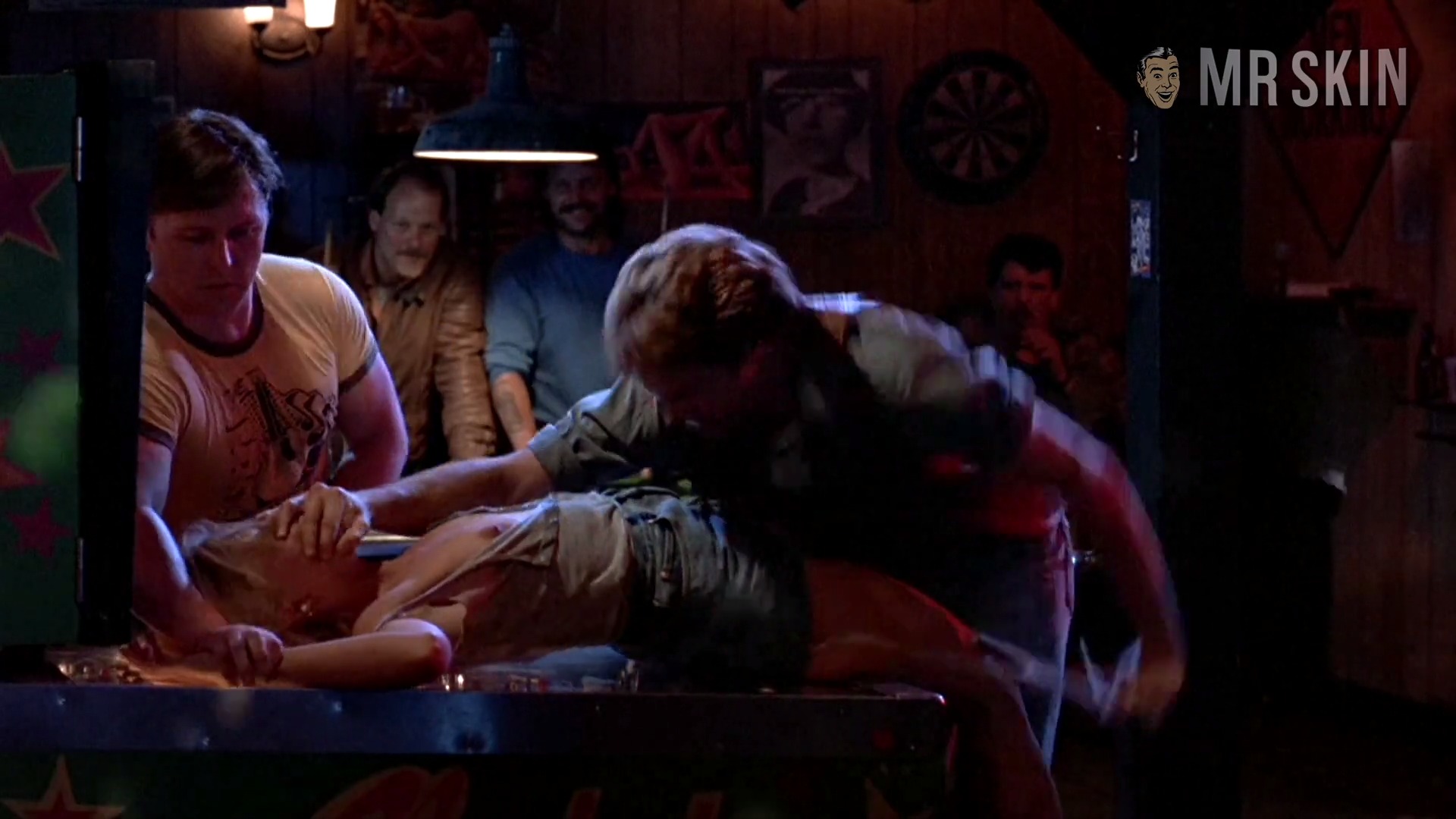 The Accused (1988)
Nude, breasts, underwear 01:27:10 A coupla quick peeks at Jodie's jubblies as she gets attacked rather nastily atop a pinball machine.

Jodie Foster took home an Oscar for the harrowing story The Accused (1988), in which she's put on a pinball machine and attacked by several men. Not exactly the feel-good hit of the summer, but Jodie and Kelly McGillis took the power back from the Hollywood boys with this no-means-no pic. Lawyer Kelly does her best to negotiate a quick plea bargain for the bad guys so that Jodie's party-girl past won't be brought up by the defense attorneys. But Jodie convinces Kelly to go after all the dirtbags that were egging the men on. It's a rough watch at times, but a good one.