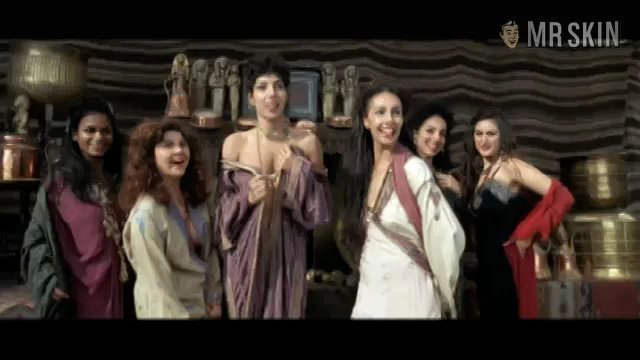 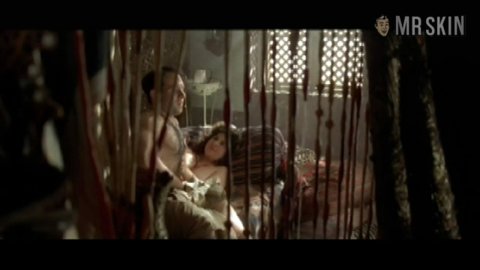 Teresa Lloyd’s career left the launch pad in 2001 when she landed the plum role of “Ray’s (Bob Hoskins, for those keeping score…) Prostitute” in the British drama Last Orders. The film is a fairly touching look at the last days of a rather old feller but thankfully has some lighter moments, including the one where the younger version of Ray, as played by Anatol Yusef, goes out to get some pooty-poo. Enter Teresa and her fellow courtesans who all vie for a position under the young stud by baring some boobitude in a desperate attempt to sell “the goods.” Apparently, Teresa’s heaving hooters were the ones that convinced Ray to spend his hard-earned cash, seeing as they were present again in the following scene whilst the two were doing the Horizontal Hokey-Pokey. All of this adds up to a good date flick for all you fellers, seeing as your special lady-friend will get all the drama and tear-jerking that she would ever need from the flick and for a few precious seconds, you’ll get the gratuitous nudity that makes any movie worth the price of admission. Enjoy!