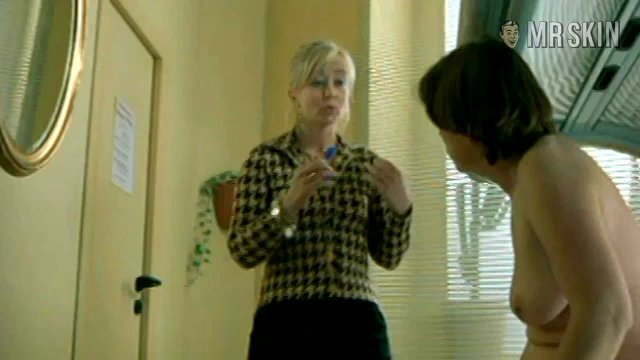 Herz (2001)
Nude, breasts 00:31:00 Too-much-pork-for-just-one-fork babe Renate prepares her sweet rolls for toasting when she sits on a tanning bed.

Bavarian babe Renate Naujoks overwhelms European audiences with her brunette locks and full-bodied figure. This voluptuous vixen was cast in German features including The Princess and the Warrior (2000) and Grimm Love (2006), but made her nude debut in Horst Johann Sczerba's drama Herz (2001) when she revealed her ravishing rack outside a tanning bed. Renate's luscious lamps will bust your bulb!