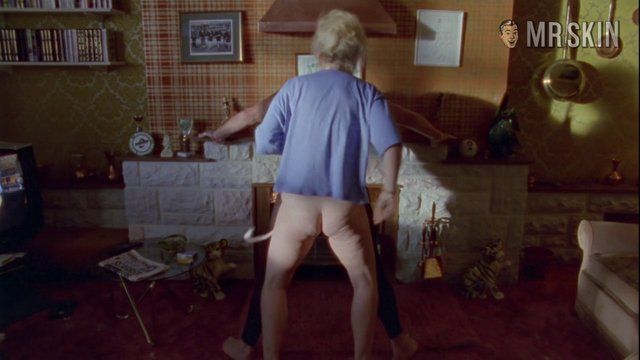 Scottish babe Ann Louise Ross has been on TV in the UK since 1977, when she first appeared as a bank clerk on The McKinnons. In 1996 she appeared in writer Irvine Welsh’s heroin-soaked cult movie Trainspotting, and two years later she signed on for another Welsh project, the anthology film The Acid House, playing a woman pushing an old Scotsman’s stool in for him with a strap-on dildo. At one point she takes off the ersatz schlong to give us a look at her bare butt and a rubber penis sticking out the ass of her rotund gentleman caller. Call her Mr. Ross!