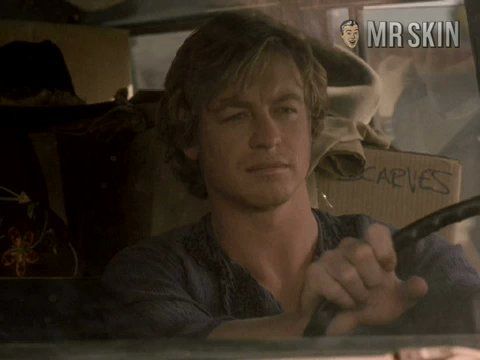 Sunset Strip (2000)
Nude, breasts 00:28:00 Anna Sunset Strips off her shirt in the car, revealing just a sliver of left side suck-sack.

It's 1972 and a whole lot's happening among the happening hotstuffs who haunt the Sunset Strip (2000) looking to make their names and get some acclaim and maybe even nab some fame. There's duds designer Anna Friel, who's got a shop next to the Whiskey-a-Go-Go; Tommy J. Flanagan, a visiting bigshot from Scotland; Jared Leto, a rising country star; Nick Stahl, a music newbie who thinks Jimi Hendrix's soul speaks through his guitar; Michael Scott, an affected photography snot; Rory Cochrane, a singing, songwriting souse; and Adam Goldberg, Rory's afro-sporting Anglo agent. Over twenty-four hours, their lives will change . . . and Anna will show her range by baring her sunset tits!