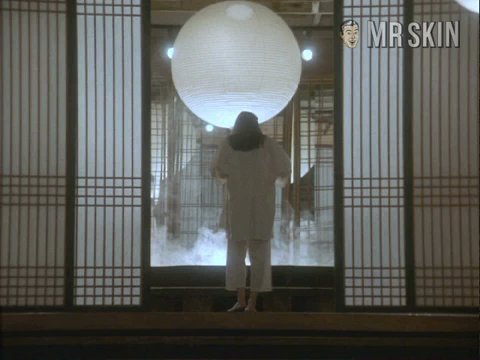 Storyville (1992) is the red-light district of New Orleans, so right away you know you're in for a show. And show you get from English Tea & A Charlotte Lewis, who has been dubbed the "R-rated Marcia Brady" because of childhood stardom on the British TV series Grange Hill. She doesn't show her hills in this story, about James Spader as a rich boy running for Congress who has a one-night stand with Charlotte, but she does show one of filmdom's juiciest butts. Who can blame Spader for taking a bite? Trouble is someone taped their tryst. That may get Spader’s pole up, but his numbers in the polls are decidedly down. But what's public office when you can have Charlotte's pubic orifice?