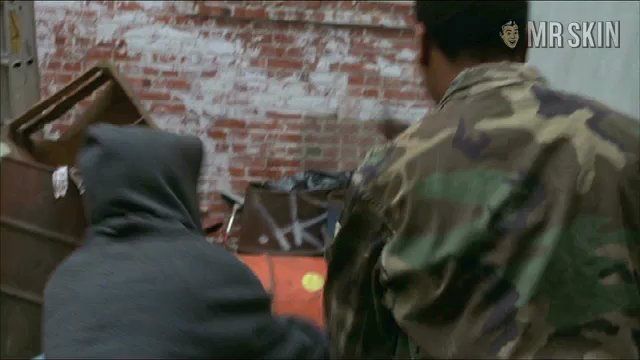 Life Is Hot in Cracktown (2009)
Nude, breasts 00:02:07 Insanely beautiful Stephanie gets brutally assaulted by a bunch of scumbags. Nice breast shots, but this is really rough stuff.

Before she got naked as the unfortunate victim of a brutal gang assault in the gritty drug drama Life Is Hot in Cracktown (2009), Stephanie Lugo had only appeared in the made-for-TV movies Drive by (2002) and Bitter Brew (2008) and the short films Madura (2006) and 18 (2009). But now that the brunette babe has broken through the skin barrier, she’ll hopefully graduate to some roles where she can show skin without being gang-banged in an alley by crack-smoking street thugs. You go, Lugo!