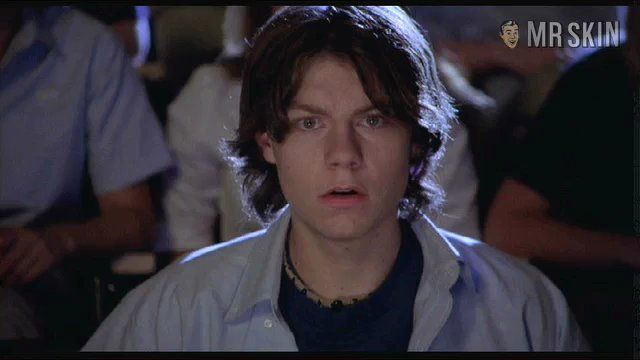 Saved! (2004) stars Jena Malone as a teener who's totally married to Christ until Jesus shows up in her dreams and really messes up her life. She's starting her senior year at American Eagle Christian High School, where she reigns as princess alongside super-pious popular pepster Mandy Moore. But when Jena learns that her boyfriend is gay, things all go to hell—because Jesus arrives in a vision to tell her to straighten him out by banging him six ways 'til Sunday! She follows the savior's sage advice, but her boyfriend gets sent away to get de-gayed anyway . . . and she ends up with a hot cross bun in the oven. Now she's confused and questioning her friendship with Mandy as well as her relationship with the almighty, and the last person to notice all of this is her mommy—MILFster Mary-Louise Parker is too busy flirting with the school principal to pay much heed to the fact that her daughter's about to breed. Her only allies turn out to be outsiders Macaulay Culkin and Eva Amurri, who, being a bad girl, bares a bit of underwear, thank the lord.