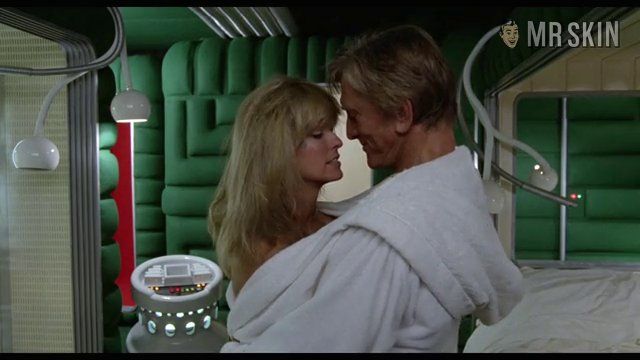 You’ll strain your brain while enjoying the notoriously cheap sci-fi epic Saturn 3 (1980). Kirk Douglas and Farrah Fawcett star as a happy space couple enjoying an idyllic existence on one of Saturn’s moons. It all falls apart, though, after creepy Harvey Keitel shows up with his psychotic robot. Harvey turns out to be a loony on the lam from Earth, which leads to all kinds of laughable action sequences. The trip through Saturn’s rings will be enough to keep you from ever making fun of fake CGI effects ever again. Fortunately, there’s nothing fake about Fawcett’s mighty twin nozzles, making their screen debut as a very special effect.