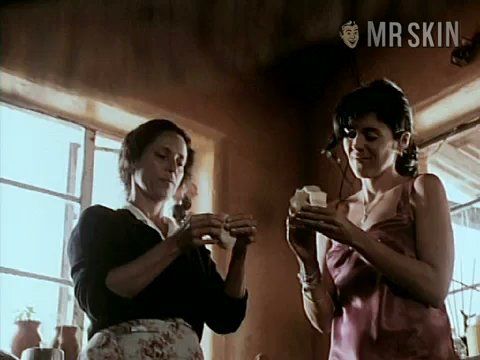 After finally completing his seven years in the slammer for a manslaughter charge, a prized rooster breeder returns home to squabble with his son in the indie drama Roosters (1993). Edward James Olmos stars as the fighting-cock specialist who’s on cloud nine following his release from prison. Gallo’s (Olmos) mood darkens considerably, however, with the news that his rebellious son, Hector (Danny Nucci), is the inheritor of Gallo’s father’s prized rooster. Tempers flare as the rivals gather for a cockfight with serious psychosexual implications. Critics were quick to pick up on the Freudian imagery in Robert M. Young’s film, though there’s no sense squinting at cigars when costar Sonia Braga puts her buns and boobage right out on the table.