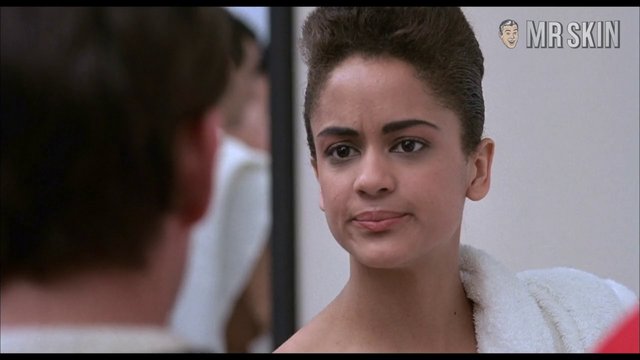 Set in a near-future dystopia in which much of the planet has been ravaged by a third World War, Stuart Gordon’s sci-fi fantasy Robot Jox (1990) chronicles the epic clashes that occur between factions of warring robots. Led by Achilles (Gary Graham)––one of a team of high-tech robot operators, or “Robot Jox”––the good guys in Gordon’s film fight tooth and nail for the right to control what’s left of a post-apocalyptic world. Much of Gordon’s film features neatly choreographed battles between hulking silver machines, but the director does make time for some more fleshy excitement. Anne-Marie Johnson plays a member of the robo-crew who’s not shy about public showering after a hard day of bot killing.