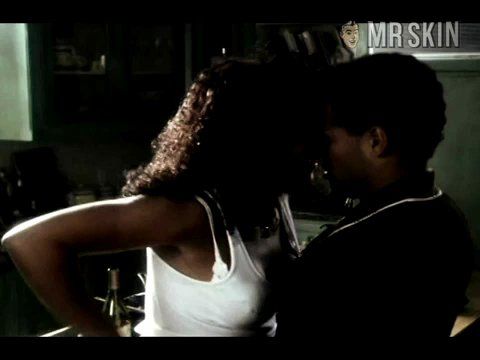 Mario Van Peebles plays Detective Jack Valentine in the movie Protector (1998). The detective recently got reinstated to duty back on the streets, instead of shuffling papers behind a desk. Right as he’s back out there and fresh on the job, a mobster who was collaborating with the police winds up dead while his girlfriend was by his side. Valentine suspects foul play from the femme, so he goes in for further investigation, and finds a lot more than he bargained for. Playing the girlfriend, Alma, is Zehra Leverman, and since she’s the focus of attention for most of the movie, it’s only fitting that we see a substantial amount of her funsacks. There’s T&A in the shower, and multiple times in the bedroom, with a few different bedfellows. Then there’s Rae Dawn Chong, who also takes her top off to show her powerpuffs to Van Peebles. It’s a dirty job, but someone’s gotta protect all the great breasts out there.