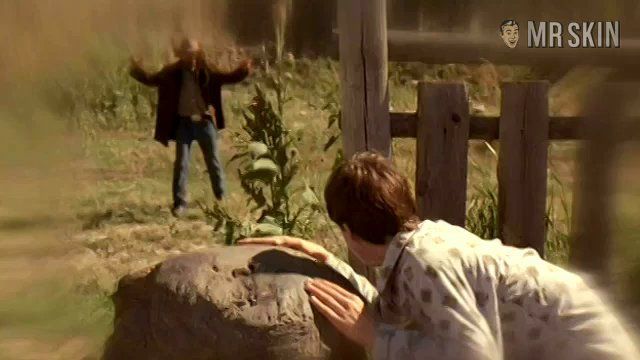 She’d had a pretty quiet career as a TV and movie starlet, but all that changed when Peggy Lipton represented all that is groovy as a member of The Mod Squad. This ’68 series was an instant hit--in large part due to Peggy’s wholesome sex appeal as hippie undercover cop Julie Barnes. Peggy retired when the show went off the air in 1974, happy to concentrate on motherhood and marriage to Quincy Jones (who, sadly, couldn’t help Peggy’s failed bid to become a pop star during the Mod Squad’s run). Peggy made a few token acting appearances--including a sexy in-joke cameo in I’m Gonna Git You Sucka (1988)--but she didn’t make a full return from retirement until after her divorce in 1989. Peggy soon regained her cult status as a stacked waitress on the ABC show Twin Peaks, though, and has since worked steadily--including a heart-skipping scene in Skipped Parts (2000), where Peggy exposed her bod to the breeze in a sheer pink dress. But where’d that classic blonde hair go?

The John Forsythe Show - as Joanna

The Mod Squad - as Julie Barnes