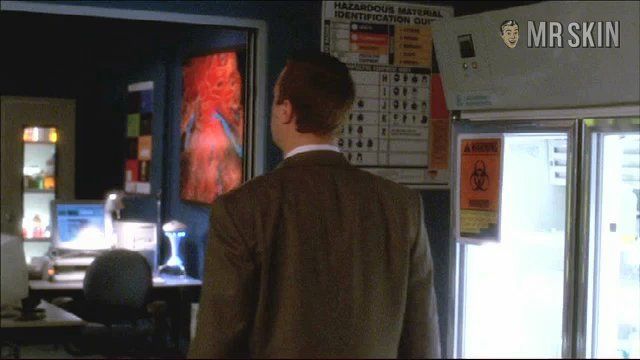 Pauley Perrette looks like a bad girl, but don't let the pretty sneer and jet-black, Bettie Page haircut fool you. Though she has a wild history of drug use and other distractions, the former commercial and video actress left all that stuff behind a decade ago. By the way, she has a great behind--only Pauley is rather skingy about sharing her good fortune. The closest she's come to skin is on the hit series NCIS, where she pulled off her shirt and revealed a large cross tattoo on her back, as well as a hint of side breast. The statuesque five-foot-ten-inch bombshell has appeared on the big screen in films such as Almost Famous (2000) and The Price of Kissing (1997), as well as guest appearing on TV shows such as The Drew Carey Show, where she played Carey's girlfriend. Pauley was recently profiled on the pages of Risen magazine. Mr. Skin can't think of a better word to describe how she affects men.

Time of Your Life - as Cecilia Wiznarski