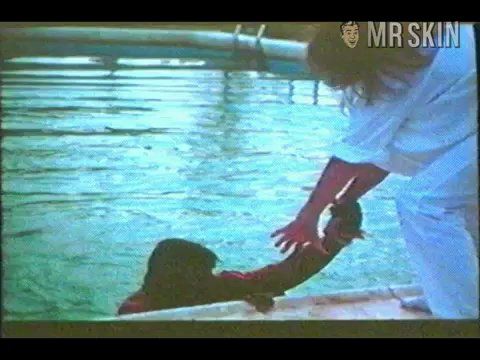 Othello, el comando negro (1982)
Nude, breasts 00:29:00 Super-quick left breast when she pops out of the water in her swimming pool. Watch twice.

Shakespeare would no doubt be spinning in his grave if he were ever made privy to Max H. Boulois’s Othello adaptation Othello, el comando negro (1982). Translated as Othello, The Black Commando, the film takes a great deal of artistic license to transport the story of jealous Othello (Max H. Boulois), wicked Iago (Tony Curtis), and beautiful Desdemona (Joanna Pettet) to the modern military front. The principles work through Shakespeare’s intricate plot while hoisting semi-automatics and grenades, but most of the details haven’t changed. Desdemona’s as scintillating as ever, and Pettet plays her with sexy aplomb, teasing the men at the base with her irresistible skinny-dipping sessions.