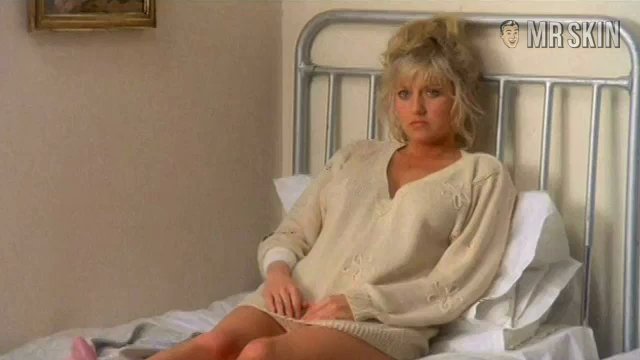 Nuns on the Run (1990)
Nude, breasts, butt 00:47:00 You'll need to go to confession after Helen gives you impure thoughts--she shows a little left boob in the group shower early on in the clip, then a few seconds later, we see her nun buns (her ass is the second from the left).

Two classes of generally humorless people are quite as often unintentionally funny as any other: the stiff and proper British and cloistered women who have dedicated themselves to marriage with our Lord. Nuns on the Run (1990) combines both these dour factions in a sly, wicked send-up of everything from religion to gangsters that is equally successful as slapstick and cerebral wit. A pair of hapless thugs learns that their mob boss has called for their heads. The doomed twosome hatches a counterattack, steals the godfather blind, and botches their escape, forcing them to take refuge as bogus sisters behind convent walls. From there events become a little unlikely and highly hysterical.