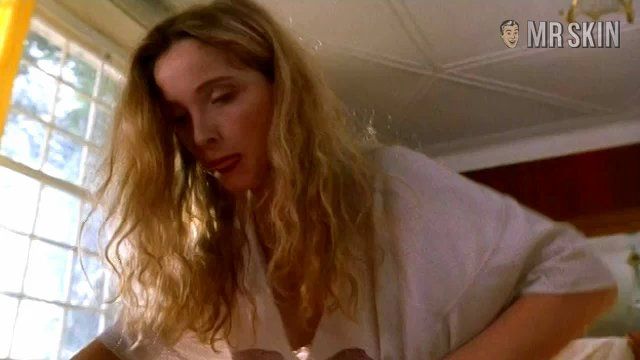 An American Werewolf in Paris (1997)
Nude, breasts 00:40:00 Julie throws off her shirt, giving us a sweet peek at her lovely French Alps.

Those who loved John Landis's An American Werewolf in London (1981) will be happy to know that An American Werewolf in Paris (1997) is based on the characters he created in that hairy masterpiece. In fact, adorable Julie Delpy plays Serafine, the grown-up daughter of Jenny Agutter and David Naughton, the werewolf and his nurse in An American Werewolf in London. When Serafine jumps off the Eiffel Tower, she's saved by tourist Andy (Tom Everett Scott), but she quickly runs off into the night, leaving Andy curious and horny. Eventually, Andy finds her and convinces her to go out with him. After a wild party, Andy wakes up in Serafine's bed. He not only has tooth marks on his leg, he has a craving for an extra-rare steak. Serafine's a real chip off the ol' block, as she couldn't resist turning Andy into a four-legged friend! Serafine's stepfather is trying to control her werewolf transformations with drugs. But Mr. Skin says bring on the full moon, because this is one werewolf that can sink her teeth into my jugular anytime!