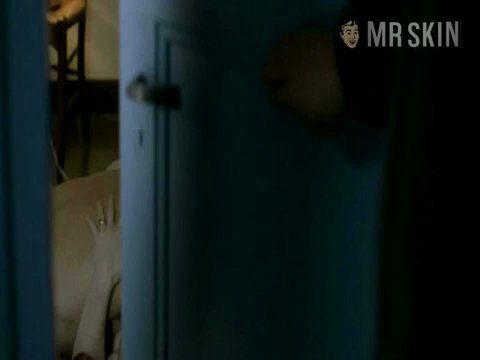 Selon Charlie (2006)
Nude, breasts, bush full frontal while lying in bed as some guy opens the door to the bedroom. 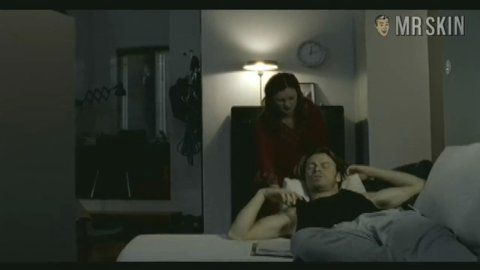 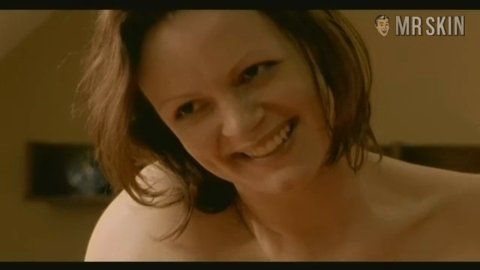 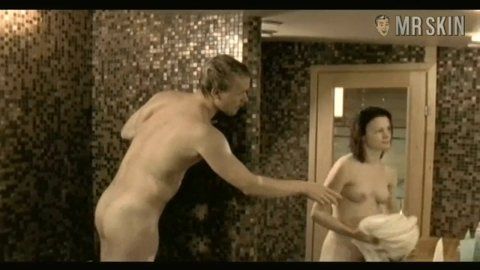 Did you know that Finnish Minna Haapkylä played bass in Maja Vikkumaa’s band Tarharyhmä? That may all seem like a bunch of unintelligible dribble, but Minna also auditioned for the title role in Helen of Troy (2004). She obviously didn’t get that, but she landed in the drama Kuutamolla (2002), where she’s naked in five scenes that show off her mini mams, her big ass, and even some yummy fur. The beautiful brunette followed that up with Producing Adults (2004), where she lubes her man’s ding-dong and proceeds to produce babies. It’ll surely produce a hard-on in viewers’ pants.

1 Clip
Nude, breasts, bush full frontal while lying in bed as some guy opens the door to the bedroom.

2 Pics & 1 Clip
Nude, breasts, butt 01:28:00 A mini amount of Minna mams and meaty seaty as she attempts to seduce a dude. Keep your eyes on the mirror behind her for maximum exposure.

8 Pics & 2 Clips
Nude, breasts 00:30:00 She greases up her dude's dong with some sort of mysterious ointment, then lets each of her nips show when she hops on top.
Nude, breasts 01:03:00 Minna makes with some distant left, then right mam as she gets dressed post-hump.

7 Pics & 6 Clips
Nude, breasts 01:40:00 Our heroine's in bed with a new man, and to celebrate, she shows off BOTH of her perky boobs!
Nude, breasts 01:22:00 Nice but fleeting flash of Minna's mini mamlet (the left) in bed with her guy.
Nude, breasts, bush 01:25:00 Minna gives up the fine, furry frontalage in the bathroom . . . unfortunately, so does her man.
Nude, breasts 01:32:00 Lots of overzealous scrubbing and some sweet left teat from Miss Minna in the bath.
Nude, breasts, butt, bush 01:47:00 Watch in wonder as Minna lies down on a mattress, showing boobs, surprisingly grabbable butt, and awesome reverse furburgerage! What a way to cap off the flick!