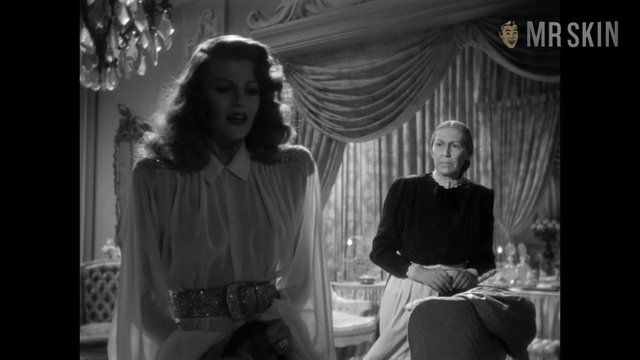 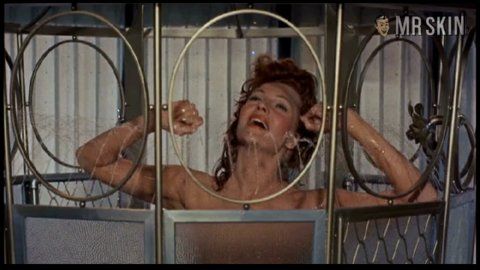 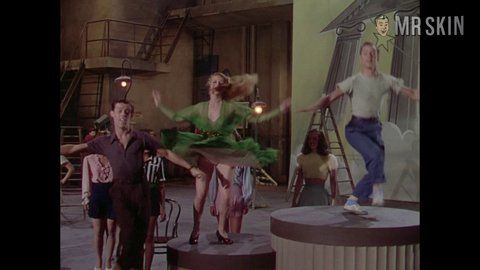 The ravishing red-haired goddess of every American G.I.'s dreams was actually a Spanish mamacita incognito. Decades before the Latin Explosion brought Hispanic hotties like J-Lo and her bootay grande into fashion, Margarita Carmen Cansino was struggling to find her place in Hollywood. Rita's Poppy and Mommy, both dancers, encouraged their voluptuous dark-haired daughter to follow along in their family's dance steps. Once she hit Hollywood, Rita landed the lead in The Strawberry Blonde (1941) and dyed her raven locks red, and thus in Rita Hayworth an American movie queen was born. For a follow-up, she flashed her gorgeous gams and tapped her talented tootsies with Fred Astaire in You'll Never Get Rich (1941), emerging as an established star. That same year she posed for Life magazine in that familiar sultry see-through negligee that made her a national pinup favorite. In Gilda (1956), Rita's most bumpalicious performance, she donned transparent cock-teasing costumes and performed a partial striptease with such sass and seduction that she earned herself the nickname The Love Goddess. At the height of her fame, this fiery femme left Hollywood to marry millionaire playboy Prince Aly Khan. Sadly, the union lasted only a few years, but due to unfavorable publicity, a changing climate in Hollywood, and the early onset of Alzheimer's disease, lovely Rita's career never recovered.