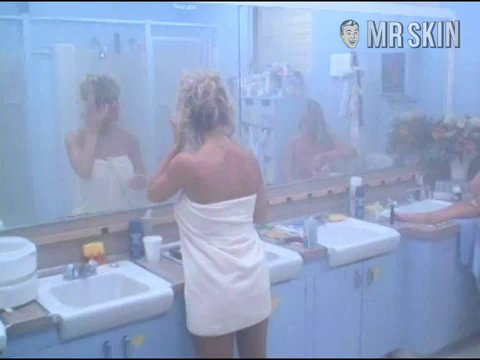 School Spirit (1985)
Nude, breasts 00:16:00 The lovely Marlene makes even something as mundane as leg-shaving in a bathroom look totally erotic--especially since she's doing it topless! 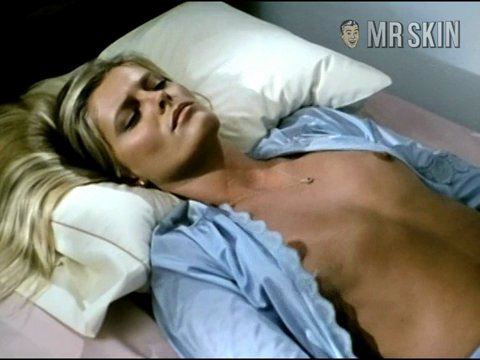 Marlene Janssen is the embodiment of why Playboy Playmates, in general, should not be allowed to attempt a career on film. Marlene, who was Miss November, 1982, tried to parlay her career as a nude model into a career as a nude starlet. The sad thing is that it damn near worked, but only almost. Okay, it wasn’t even close. Her only acting role, aside from various Playboy productions, was in the abysmal ~School Spirit~, in which she is cast as the “Sleeping Princess,” and does nothing but sleep with her breasts exposed. It is a fairly lame flick, with a fairly lame premise (boy dies in a car accident on the way to lose his virginity, finds that being an invisible ghost has its advantages, like say, ability to roam the girl’s locker room…) but it may be worth a look, if you like ‘80s T&A crapola.

4 Pics & 2 Clips
Nude, breasts 00:16:00 The lovely Marlene makes even something as mundane as leg-shaving in a bathroom look totally erotic--especially since she's doing it topless!
Nude, breasts 00:42:00 The Invisible Man makes visible her mams when he silently slides off her robe while she sleeps.
Live Cams - View all