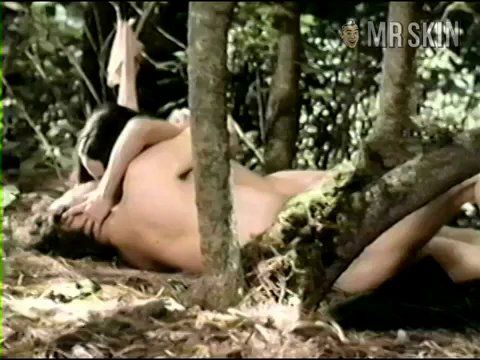 Macaria is sometimes credited as Delia de la Cruz, but whatever it says in the production notes, her productions are definitely noteworthy. Born in Mexico City back on December 20, 1949, the hot tamale has been working on the big screen since Las Pirañas aman en cuaresma (1969) and was most recently seen in the south-of-the-border TV series Vecinos (2005). But if you want to see Macaria's butt (and boobs and bush), then look no further than the drama El Monasterio de los buitres (1973). It's based on a controversial play about a naughty monastery where vice was the sacrament. The movie was scandalous too, thanks in part to Macaria's completely naked outdoor schtup. She hasn't returned to her nudist ways, although there is always hope. Why don't we find that monastery and offer our thanks?

No tienes derecho a juzgarme - as NA