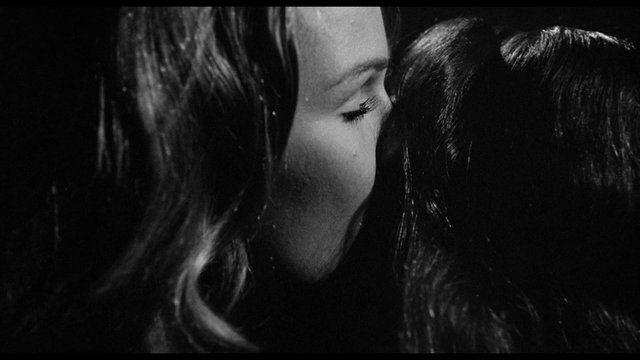 Brunette beauty Kathryn Witt kicked her career off with a bang, scoring a small part alongside Hollywood heavyweights James Caan and Alan Arkin in the cop comedy Freebie and the Bean (1974). From there, she snagged another small role alongside one of the greats, appearing with Dustin Hoffman in the critically acclaimed biopic Lenny (1974). While she still appeared in films now and then--including the classic Playmate-done-wrong pic Star 80 (1983)--the lean-hipped lass mostly displayed her talents (if not her naughty bits) on the boob tube, appearing in everything from the Connie Sellecca stewardess adventure series Flying High to the goofy hidden treasure caper Masserati and the Brain (1982). Her only lead role was opposite an ancient, carnivorous lizard man in the horror flick Demon of Paradise (1987). Fans last spied the silken-haired sexpot in a bit part in the Oscar-winning Tom Hanks weepie Philadelphia (1983). While Hanks's portrayal of a man suffering from AIDS had 'em sobbing in the aisles, it's the thought of never seeing winsome Witt on the silver screen again that gets Mr. Skin all choked up.