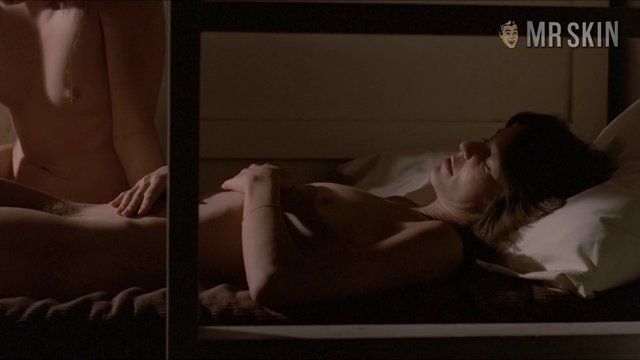 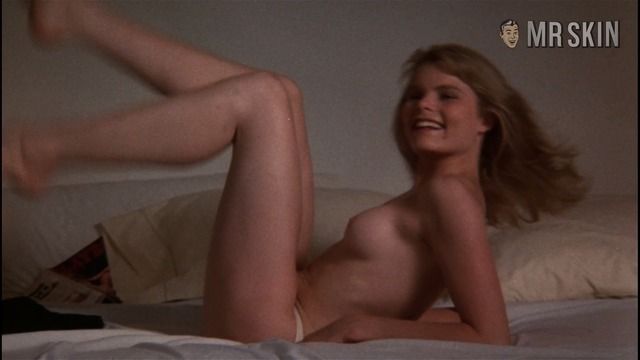 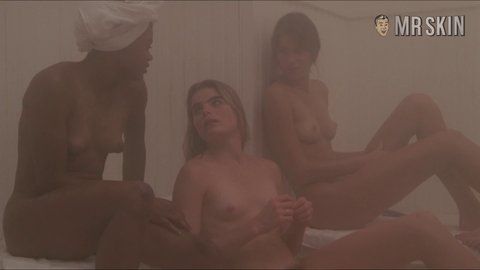 Personal Best (1982) Nude, breasts, bush, butt 00:32:14 Mariel and a number of other ladies bare boobs, bush, and some booty as they all take a steam together! 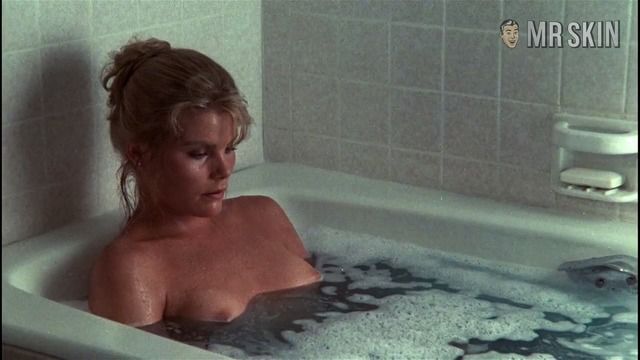 Best known as the granddaughter of Ernest Hemingway, six-foot-tall sexpot Mariel Hemingway made her own name as the May in Woody Allen's May-December relationship in Manhattan (1979). Mariel's sweet, tender appeal makes men of all ages want to run through the streets to stop her from leaving us. In addition to male relationships, Mariel has quite an impressive biography. She became a legend among lesbos when she starred as a track athlete in Personal Best (1982). Her training in the film included jumping into the sheets with her butch female track pal, Patricie Donnelly, and indulging in some (off-camera) sixty-nine during the '76 Olympics. Mariel's mams were expanded from a pert thirty-two to a plump thirty-six inches for her role as former Playboy bunny Dorothy Stratten in Star 80 (1983). A mature Mariel again went girl crazy in The Sex Monster (1999). After a three-way with her husband, Hemingway happily humped, bumped, grinded, and licked every pretty girl that crossed her path.

6 Pics & 3 Clips
Nude, breasts 00:38:00 Catch a quick flick of Mariel's enhanced boobitas when she fans herself with a lifted shirt hem. Hot-cha-cha.
Nude, breasts 01:10:00 That blessed half shirt comes into play again; this time, she flips it up on purpose to distract her opponent and then. . . TOUCHDOWWWWNNN!!!!
Nude, breasts 01:09:00 God bless those 80s half shirts. Hem tries to block a guy in a football game and her over-cropped tee flips up. Score!!!

3 Pics & 1 Clip
Nude, breasts 00:16:00 Mariel's maracas never looked so good, as we see them here on display for a brief time in the shower.