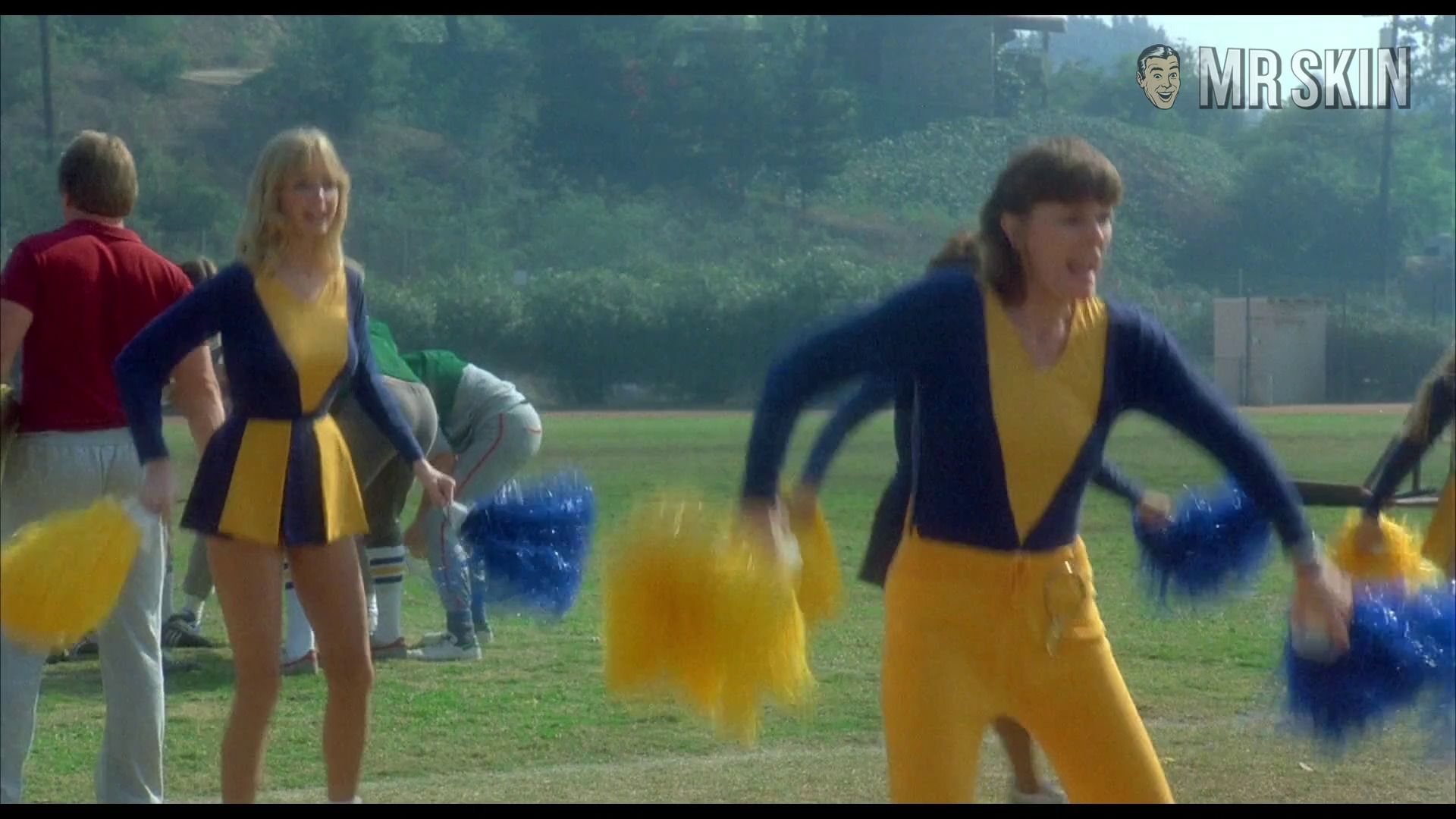 Private School (1983)
Nude, breasts 00:30:00 Kari and Julie both show their left pom-pom thanks to a wardrobe malfunction.

Los Angeles native Kari Lizer didn't have far to go for her Hollywood break. Sugar-faced and impish, with a topping of fluffy blonde hair, Kari was cute enough for the close-up frame of the TV camera, and her full-breasted, athletically proportioned, bouncing body perfectly suited the head-to-toe needs of big-screen cinematography. Her credible and attractive performances in low-brow feature-film diversions such as Smokey Bites the Dust (1981) and Gotcha! (1985) resulted in Kari being drafted to the small screen, where her most enduring gig was as Cassie Phillips on Matlock. Learning on the job, Kari moved into the writer's role, injecting her wit and pathos in scripts for acclaimed series such as Boston Common and Will & Grace. The luscious looks of Kari Lizer might have been lost forever, except that while shaking her pom-poms and her ta-tas as a hyperactive cheerleader in Private School (1983), her left melon escaped and flew forever free for all eternity.

1 Pic & 1 Clip
Nude, breasts 00:30:00 Kari and Julie both show their left pom-pom thanks to a wardrobe malfunction.