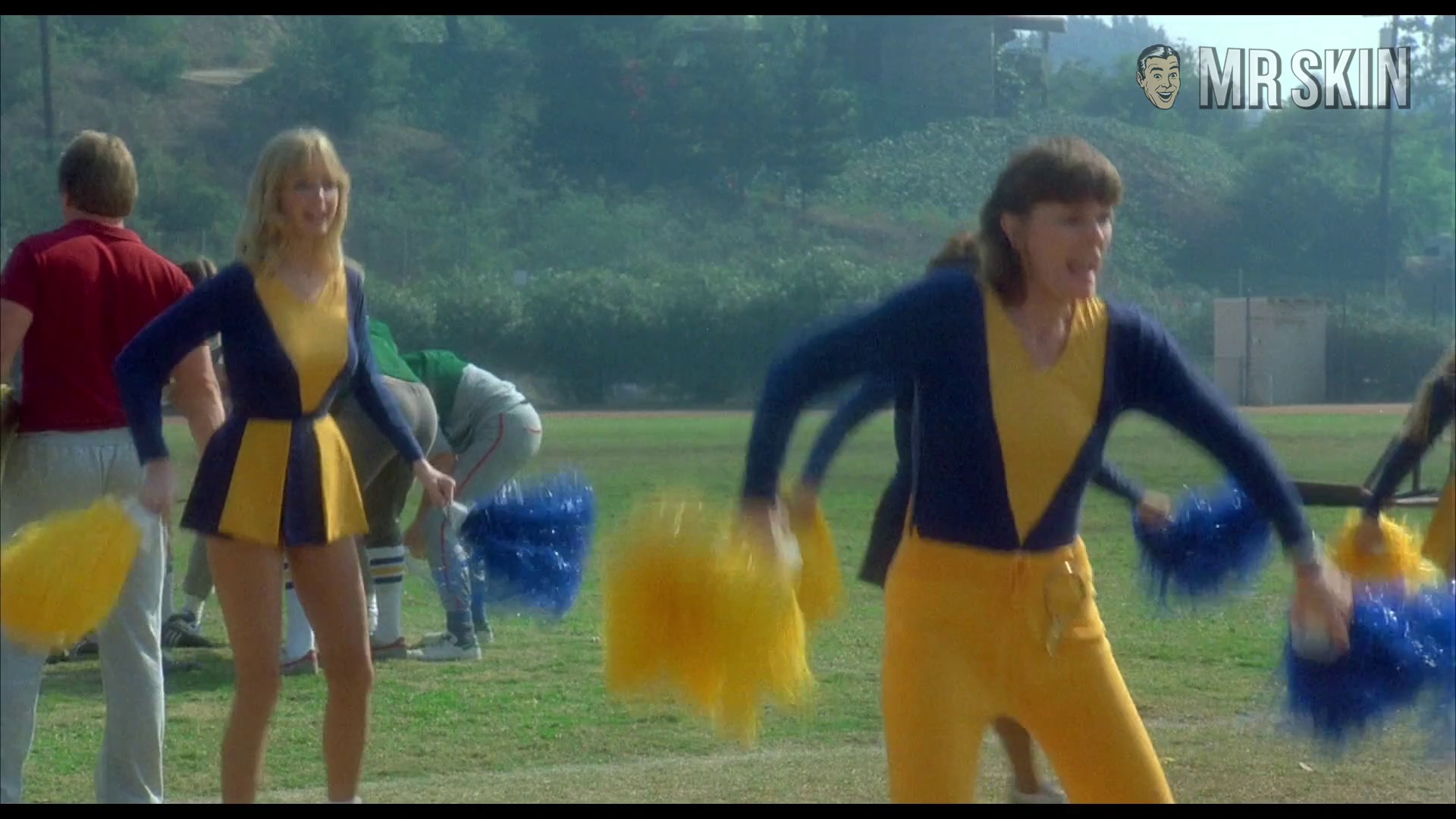 Private School (1983)
Nude, breasts 00:30:00 Kari and Julie both show their left pom-pom thanks to a wardrobe malfunction.

As the child of actors John Payne and Anne Shirley, Julie Payne is known in Hollywood as a true legacy of Old Hollywood. That still couldn't stop her from getting her start on shows such as Love, American Style and Sanford and Son. Fortunately, Julie also made it into a few classic counter-culture films, including The Strawberry Statement (1970) and THX 1138 (1971). Julie's always worked steadily and has matured into a true MILF figure--as seen in American Wedding (2003) and her role as Larry David's mother-in-law on HBO's Curb Your Enthusiasm. Julie also bared a bouncing boob just as she reached the cusp of mature beauty in Private School (1983), playing a cheerleading coach whose pop gets topped as part of a very practical joke.

1 Pic & 1 Clip
Nude, breasts 00:30:00 Kari and Julie both show their left pom-pom thanks to a wardrobe malfunction.

The Duck Factory - as Aggie Aylesworth

Leo and Liz in Beverly Hills - as Lucille Trumbley

Wizards and Warriors - as Queen Lattinia