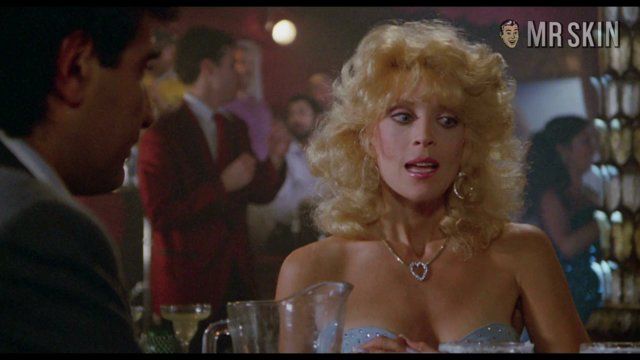 Armed and Dangerous (1986)
Nude, breasts 00:43:04 Judy pulls down her top in a club to reveal her lack of tan lines. She also reveals her lack of bra. And her nipples! 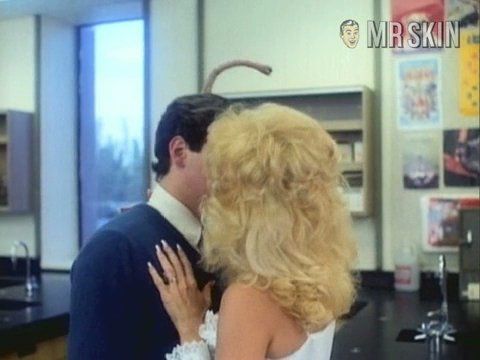 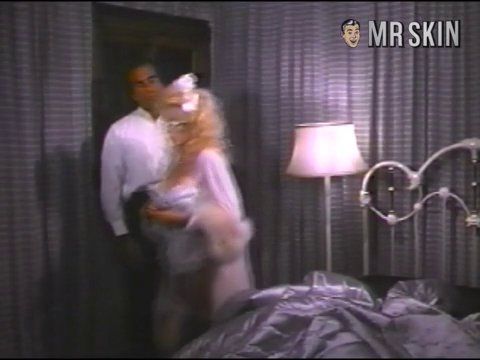 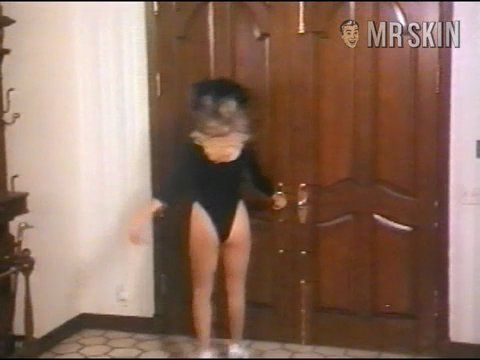 Before the Hilton sisters, Mother Nature blessed us with the Landers sisters, and if you were a teen in the 1980s, the only crack you were on was the roughly twelve inches of cleavage shared between Judy Landers and her sister Audrey. They helped keep the boob in 'boob tube' for over a decade, with appearances on nearly every hit network-television show requiring a dyed-in-the-scalp blonde with the breast-busting bikini to match. Judy emerged from the sexy shadows of older sister Audrey and dove derriere first onto the airwaves, starting with coy, seductive roles on Vega$ and Love Boat and as the appropriately named 'Stacks' on BJ and the Bear. Her lifelong dedication to gymnastics paid off when she appeared on a few Circus of the Stars specials, and her revealing rags kept all big tent poles greased and standing. Moving her moneymakers into movies, Judy landed her lobbers onscreen several times, starting with a bra-and-pantie parade in Yum-Yum Girls (1976) as well as skin-lectable roles in Stewardess School (1987) and Club Fed (1990). But for her most monumental mound mustering, turn all knobs to Dr. Alien (1988) and Ghost Writer (1989), in which her nudie Neilson ratings shot through the roof and landed safely in libidos across the nation.