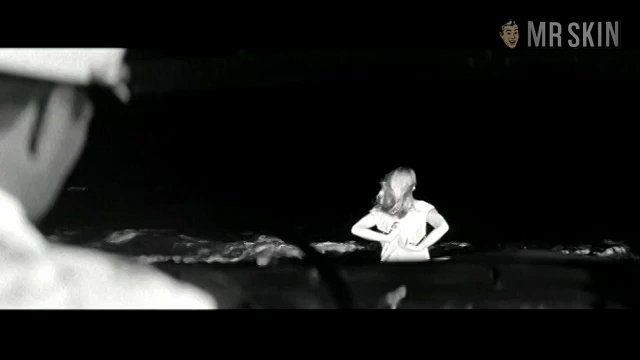 In Harm's Way (1965)
Nude, breasts 00:05:00 Quick right boob breaches out of the waves when Barb strips to dip skinny in the ocean. It may be dark, quick, and in black and white, but it's surprisingly well-lit!

War may be an inconvenience in many ways, but along with the worst, it brings out the best in men, evidence of which is provided by director Otto Preminger’s World War II Pacific theater epic In Harm’s Way (1965). The American Navy as a whole, and some of its brightest officers individually, took a massive hit at the beginning of that conflict, being literally decimated during a sneak attack by Japanese aviators at a Hawaiian base known as Pearl Harbor. The struggle to rise from the bloody, burning seas and exact a final and fitting revenge upon the aggressors from the Orient provides the inspiring drama of In Harm’s Way.