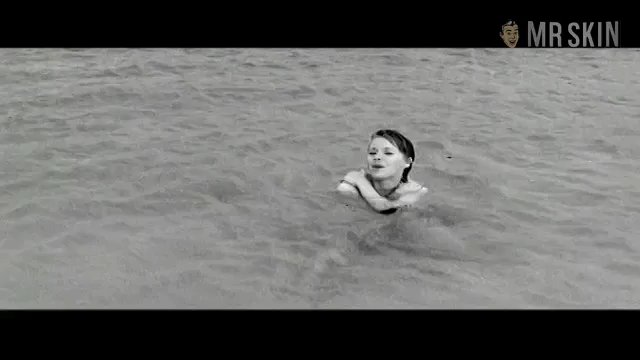 In Harm's Way (1965)
Sexy, underwear Jill Haworth is skintastic in this sexy scene!

Director Otto Preminger first noticed the beauty of British babe Jill Haworth and signed her on as one of his contract players. He cast her in In Harm’s Way (1965), where she came out from the water in her underwear. It’s as close to nudity as Jill got, even though Preminger had co-star Barbara Bouchet skinny dip and expose some brief boob. Jill went on to Broadway and played Sally Bowles in Caberet. Nowadays Jill lives in Manhattan and does voiceover work, though it’s never too late for skin-over work.