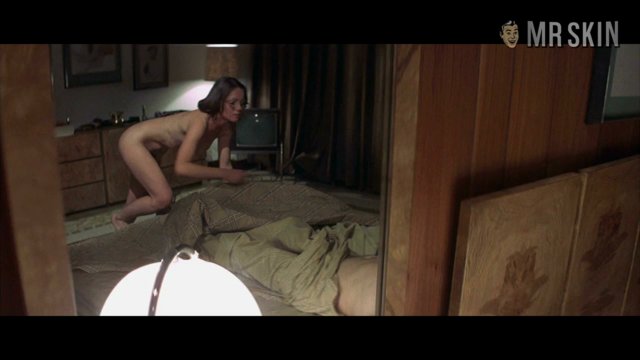 The Man Who Fell to Earth (1976)
Nude, breasts, butt, bush 00:29:49 She's the four-eyed-fox baring every inch and fooling around with Rip "flaccid dong alert" Torn in bed.

Hilary never quite made it in the entertainment industry, but you just have to give her credit for trying. Her only foray into acting came in 1976 with a bit part in The Man Who Fell to Earth, which is about David Bowie-as-an-alien trying to procure some water for his dying planet. All sorts of madness ensues, but perhaps the most enjoyable moment of the film came when a buck-naked Hilary “got a grip” on co-star Rip Torn during a fairly steamy scene. It’s just too bad that she never made it into anything else.