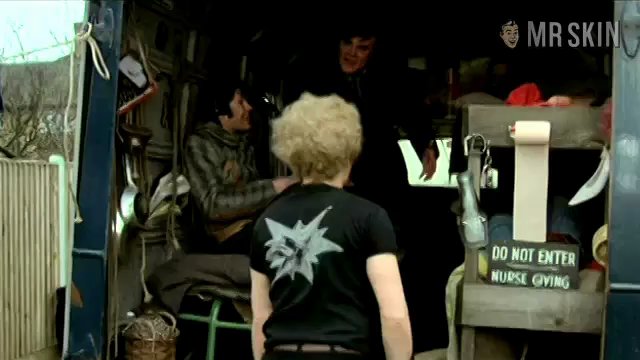 Andee Cromarty is an English tart known for her raunchy work throughout the raunchy decade of the 1970s. From her debut on the boob tube in an episode of Bedtime Stories, a modern-day darker twist on fairy tales, to her film debut in Confessions of a Window Cleaner (1975), perhaps the first put-’em-on-the-glass comedy, where our girl is topless and that top is the tops. Even her shorts were hot, and we’re not talking about her underwear. In The Hot Girls (1974), an adult short film, she plays herself and we play ourselves watching her. Confessions of a Pop Performer (1975) is an early rock-and-roll comedy that differentiates itself with the full-frontal nudity of Andee playing Fanny, and yes she shows her fanny too. She ended her lusty career with a recurring role as one of Hill’s Angels on The Benny Hill Show. A fitting end to a woman with a great rear end.

Confessions of a Window Cleaner (1974) - as Window Dresser