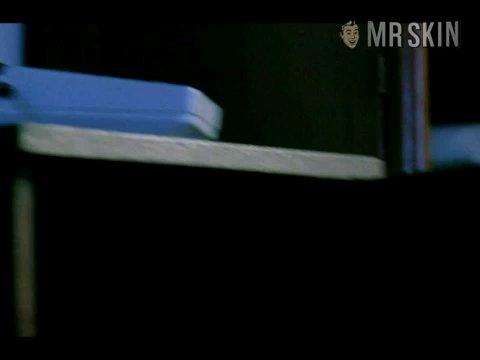 Hear No Evil (1993) isn't a pun until you look at the casting. It stars famous deaf actress Marlee Matlin, whose handicap is an asset in the story about a deaf woman being terrorized by a corrupt cop. While Marlee may not be able to hear the murderous rampage of her pursuer, audiences can see her quite clearly. There's a scene with her in bed signing over her nearly uncovered breasts that doesn't take a translator to understand. But the showpiece of this movie is when Marlee shows her pieces in the tub, letting her boobs bob over the surface of the water. They say when you lose one sense the others are heightened. In Marlee's case that includes her sense of arousal.