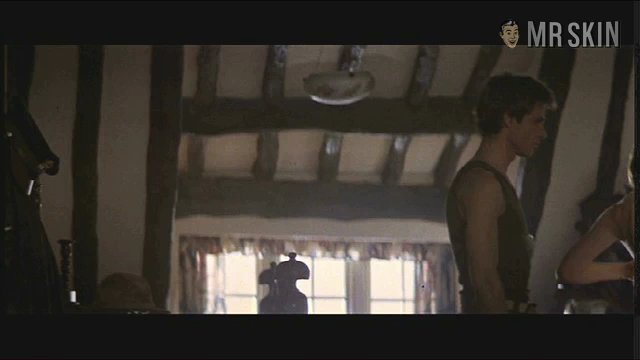 Hanover Street (1979)
Nude, breasts 00:22:00 Nice (though quick) shot of Lesley-Anne's lovely mams when she whips off her bra for Harrison Ford.

The war-torn romance Hanover Street (1979) features Harrison Ford as David Halloran, an American pilot who begins an affair with Margaret Sellinger (Lesley-Anne Down), a beautiful British nurse who keeps the fact that she’s married a secret. Later, when David’s plane is shot down on a mission to carry an English spy (Christopher Plummer) into France, he learns that the spy he is now trapped behind enemy lines with is actually his lover’s husband, and they have to work together to survive. You’ll perk up at Ms. Down’s tiny titties when she goes topless in a scene with her boyfriend.