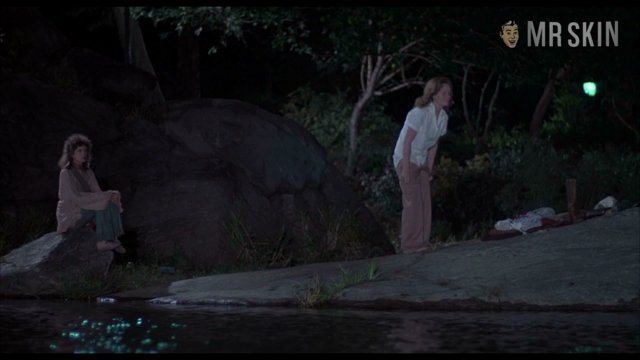 Hair (1979)
Nude, breasts 00:59:40 She decides to strip and dip with the hippies. When she climbs out, we get a better shot of her bare pet rocks and au naturale bush beneath those wet panties.

The 1960s were a time of such profound revolutionary upheaval that the cultural dust had yet to settle at the end of the next decade. Academy Award-winning director Milos Forman attempted to put the celebratory outrage of the hippie generation into perspective with his screen adaptation of the stage musical Hair (1979). Though its execution is spirited and joyous, the plot is simple. Midwestern all-American John Savage is on his way to join the military when he wanders into a pack of peace-and-loveniks in New York City’s Central Park. Dancing, singing and the flighty fancy of cool chicks in bell-bottom hip huggers ensue.