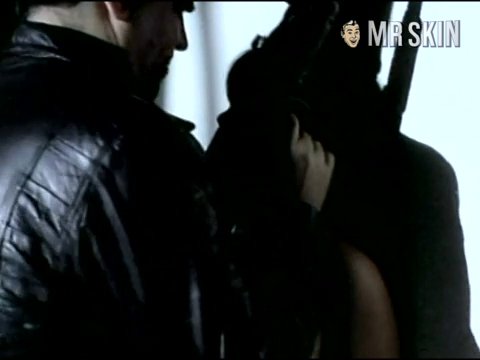 A wealthy industrial magnate is blindsided during an important business deal in the outrageous Spanish-language sex comedy Fuera Ropa (1990). During a valuable transaction, bandits storm in on an affluent businessman (Ricardo Carrion) and his lawyer (Letícia Perdigón), forcing them to strip and bind each other up. It’s an uncomfortable jam, but the pair develops a Stockholm syndrome of sorts after spending so much close quality time in the nude. Sexy Mexican sweetheart Perdigón gives a career-crowning performance by spending most of her screen time in the buff--if only more movies had set-ups this spectacular!