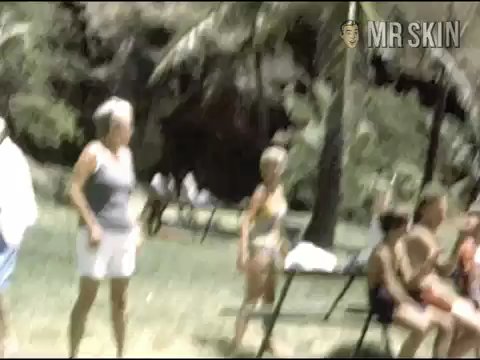 Brady Home Movies (2000)
Sexy, bikini Fooling around in a bikini 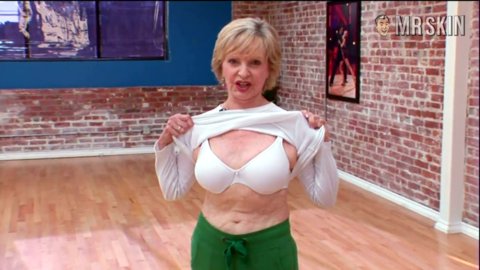 Florence Henderson is the mom everyone wanted to have--so they could peek in on the pixie blonde beauty as she bathed . . . and maybe get an intimate lesson on the birds and the bees. As Carol Brady on the hit sitcom The Brady Bunch, Florence, with her flip 'do and mod minis, was a wholesome heartthrob for primetime. But that role, which also made her a camp icon, was only a launching pad for a career still going strong today. Florence exposed her sense of humor as Shakes's one-night stand in Shakes the Clown (1992), played the Amish wife opposite Weird Al Yankovic in his "Amish Paradise" video, and appeared in a cameo in The Naked Gun 33 1/3: The Final Insult (1994). Unfortunately, she has never appeared nude on film or otherwise. (Some claim that she even has sex with her clothes on.) At any rate, the best look at Big Flo is in Brady Home Movies (2000), in which there is a scene where she is bent over in a bathing suit with her legs spread wide. If it hadn't been grainy 8mm film, we may have been able to make out some camel toe. She finally gave us a look at her bra-clad mams in 2010, doling out a surprising, shirt-lifting flash on Dancing with the Stars, but still no cigar for actual nudity. Sadly, Florence passed away in 2016 at age 82. We'll miss this lovely lady!

The Brady Brides - as Carol Brady

The Brady Bunch - as Carol Brady

The Bradys - as Carol Brady

The Jack Paar Show - as Herself

Sing Along - as NA