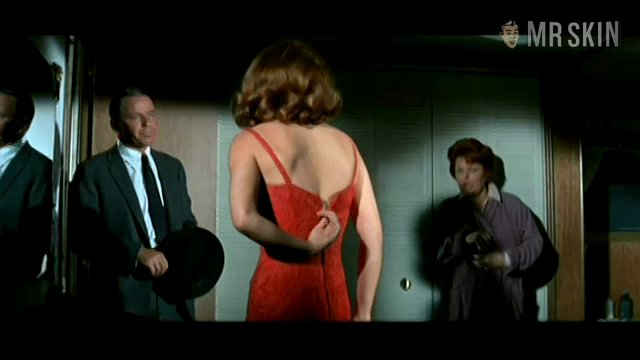 It's a long and winding road from the rodeo rings of Florida to the bed of television host Larry King, but luscious-lipped lovely Deanna Lund made the trip, and she looked good on every twist and turn. As a ten-year-old riding and roping in the kiddie rodeo circuit of Florida, perky Deanna could not have guessed that her pretty face and preternatural perseverance would lead her to cult-TV immortality. A struggling actress in the 1960s, filling such parts as Android in Dr. Goldfoot and the Bikini Machine (1966) or a lesbian stripper in Frank Sinatra's Tony Rome (1967), Deanna was on the verge of splitting from show biz when she landed the part of Valerie Ames Scott on the eternal sci-fi classic Land of the Giants. After a season of being menaced by mice the size of Buicks and dodging pencils as big around as one-hundred-year-old sequoias, Lund was ready for a lasting career popping up in shows such as Batman, The Waltons, and The Incredible Hulk. In the 1990s she would win the affections of Larry King and look back and marvel at how one pretty little girl could have come so far.

Land of the Giants - as Valerie Scott