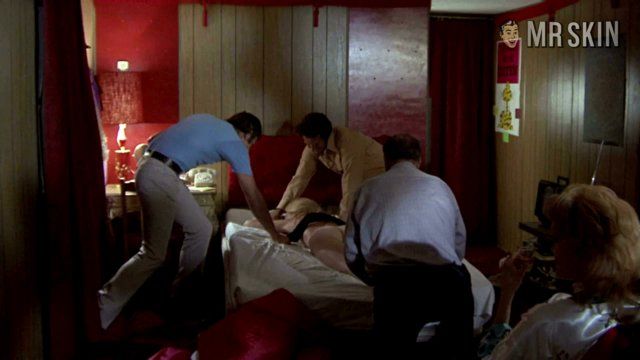 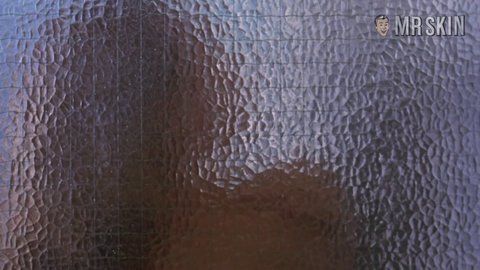 Born in Detroit, Michigan, Lynn Borden really gets our motors running here at Skin Central. A beautiful blonde with ample apples and a ripe rump, Lynn took her body to Hollywood and began getting uncredited roles in such films as The Days of Wine and Roses (1962). It was a sobering experience for her, but Lynn didn't give up. She landed a starring role on the hit series Hazel and made audiences see why Mr. B was such a happy provider. Back in film, she appeared in the swinging hit Bob & Carol & Ted & Alice (1969), but it wasn't until the sexy '70s that Lynn really began to show us what she's got. That began in a skinless but still mamorable part in the naked-girls-in-prison flick Black Mama, White Mama (1972), exploitation's stab at racial equality. Next came the cult horror classic Frogs (1972). But it wasn't until the carry-a-big-stick action flick Walking Tall (1973) that Lynn really gave viewers a big stick. She played her part fully nude on a bed, on her stomach and getting her tush smacked. Lynn even sat up briefly to give a glimpse of boob. It was her sole skin onscreen, but Lynn continued to appear in some hot productions such as Dirty Mary Crazy Larry (1974). But by Hellhole (1985), Lynn was on her way out. We'll always have her seat-meat, though.