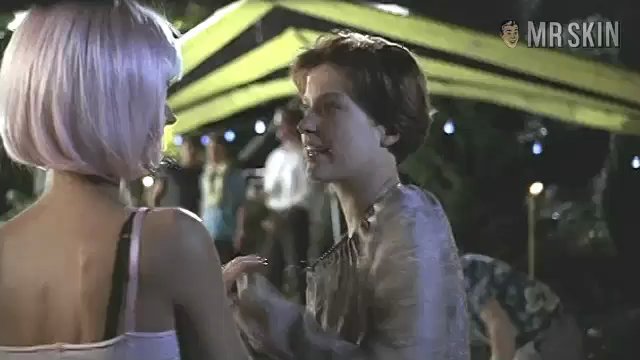 Flashback (2000)
Nude, breasts 00:39:00 Valerie bares a bit of breast for a brief instant when a gaggle of giggling goons rip her dress off...

In the German horror thriller Flashback (2000), a young woman is traumatized by her parents’ murders at the hands of a ruthless serial killer. Raised in a mental ward, Jeanette (Valerie Niehaus) tentatively tiptoes out of her shell and begins reaching out to troubled teens. But her fears are rekindled when a series of unsolved killings suggests that she’s being hunted by the elusive psychopath. Thrills and chills abound in Michael Karen’s film, but his true stroke of genius is casting Niehaus in the lead role. The German brunette offers an alluring peek at her flesh in a fleeting but memorable scene.