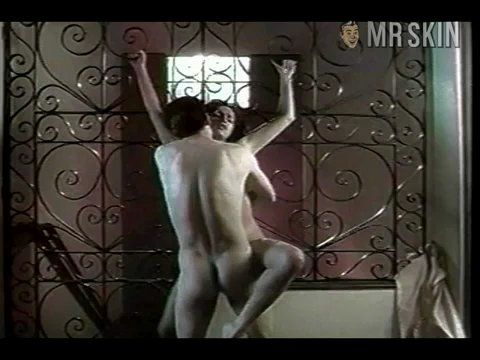 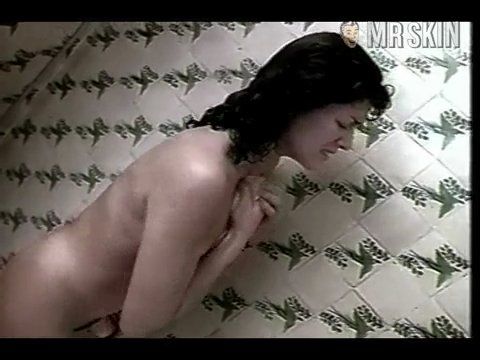 Crímenes de pasión (1995) Nude, breasts, bush 01:36:00 Breasts and brief bush are bared while she washes away her sorrows in the shower. It's OK, Fernanda. We're crying too, after having to stare at guy butt.
+6
More Pics &
Clips >>

Fernanda Reto started her career in 1995 with a supporting role in the Mexican horror flick Sueños de muerte, which, if our high school Spanish education serves us well, translates into “Blenders of Death.” Then again, maybe not…Fernanda’s since become quite a star in her native land, appearing in such notable productions as The Last Call, Lluvia de diamantes and La Casa del naranjo. However, she’s been a bit on the Skingy side, excepting of course her turn in the wonderful 1995 thriller Crímenes de passion. It may be her only Skinful role to date but whoa Nelly, did she ever make the most of it! We’re guessing that ol’ Fernanda was the most popular babe on the set, considering that the better portion of the male cast members got to grope her completely naked body at least once during the course of the film. She even went full-frontal for a shower scene! In fact, we’d venture to say that Fernanda was naked more often than she was clothed in the flick! If you’re going to do a Skinful flick, go all the way, right?

6 Pics & 2 Clips
Nude, breasts, butt 01:24:00 Fernanda shows more T&amp;A while she gets banged against a fancy iron gate, but beware the man-ass, gentle reader.
Nude, breasts, bush 01:36:00 Breasts and brief bush are bared while she washes away her sorrows in the shower. It's OK, Fernanda. We're crying too, after having to stare at guy butt.
Live Cams - View all