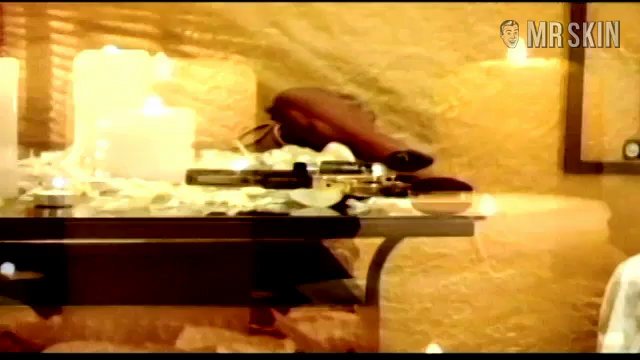 Mexican mamacita Alejandra Mena will put a little spice in your life, just the way you like it! This beautiful babe got her start in acting in 2005 with a recurring role on the Mexican tv show Top Models. From there it was on to a career in films, though she's only appeared in four, including one short film, since then, with her last role being in the film Amar a morir (2009). For her most skinsational role, you'll have to go back to her big screen debut in the film La sombra del sahuaro (2005). Alejandra gets hot and heavy with some guy, bathed in red light, and showing off her hellacious hooters and hindquarters, though she's careful to keep her legs crossed so we don't get to see any of her bush! This hot tamale certainly knows how to light the screen, and your pants, on fire!